Bitcoin mining: Is Scandinavia’s cryptoboom coming to an end?

Europe’s Nordic countries are popular for sustainable cryptomining because electricity there is cheap and mainly comes from renewable sources. But other industries also want to take advantage of this green energy.

Bitcoin is a real electricity guzzler. Depending on the estimate, the global energy required for mining the most successful cryptocurrency is between 67 and 121 terawatt-hours a year. That is about half of what all data centers — for the internet, cloud computing, the entire financial sector and all other cryptocurrencies — consume. Germany’s entire annual power consumption is just over 500 terawatt-hours.

That is why Bitcoin and the entire blockchain technology on which it is based are suspected of harming the climate. Especially since currently about 80% of the so-called hash rate — the combined computing power for mining and processing Bitcoins —  is provided in Asian countries. And none of them generates more than a quarter of its electricity from renewable sources. In addition, another combined 15% of the computing power comes from Russia and the US, which are not exactly pioneers in green energy.

Sustainable mining in the far north?

That’s why Bitcoin mining in Scandinavia is considered a green way out of this dilemma. Iceland was one of the trailblazing countries. According to the Icelandic Blockchain Foundation, 8% of all Bitcoins have been mined there. Using geothermal and hydroelectric power, state-owned Landsvirkjun and other energy companies generate nearly 100% of the island’s electricity.

It’s so cheap that for years there has been talk of laying an undersea cable to the UK to deliver green power to Europe, where it’s much more expensive. Instead, the decision was made to attract energy-intensive industries to the island, including aluminum smelters and the blockchain industry. 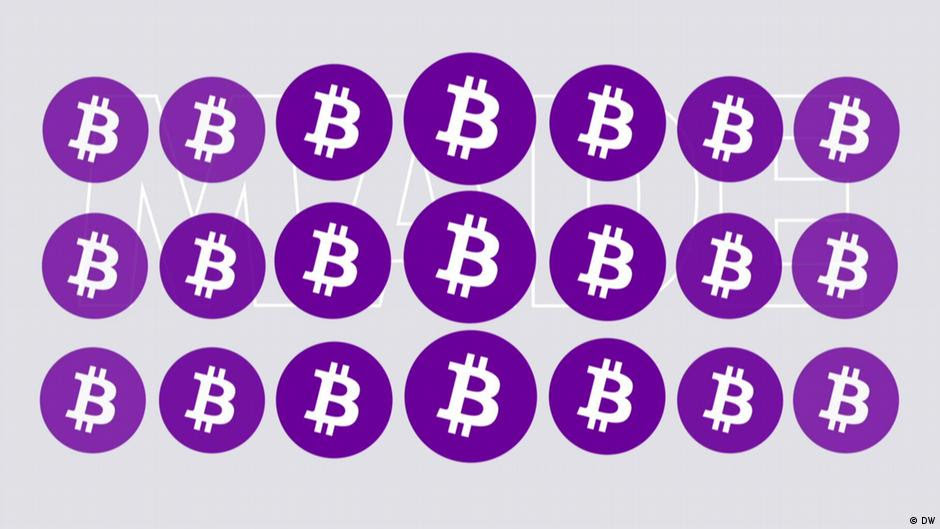 What is a cryptocurrency?

One of the first companies to build a Bitcoin mine in Iceland was Genesis Mining in 2013. Its founders include Philip Salter, who is now chief technical officer of affiliate Genesis Digital Assets and can sum up the island nation’s advantages in one line. “There are no political or geopolitical risks, the infrastructure is very reliable and the electricity is sustainable and incredibly cheap,” he told DW.

Iceland is reaching its limits

Meanwhile, however, the country’s generating capacity is reaching its limits: “There could be very little excess energy in 2021 and 2022,” Landsvirkjun CEO Hordur Arnarson told Bloomberg recently. Therefore, the cost advantage of Iceland’s electricity is on the line.

In recent years, the cryptocurrency mining industry has already grown much faster elsewhere. Today Iceland’s global share of Bitcoin mining has fallen below 2% or even 1% depending on who’s counting. Mining pioneer Salter says he can understand why Icelanders don’t want to sacrifice their unique natural resources for more power capacity. Besides, there are alternatives.

The Scandinavian mainland is also a popular location for mining companies. Norway has already overtaken Iceland in terms of hash rates. Salter thinks that Sweden also has what it takes to become a hot spot for Bitcoin prospectors. “Especially in the north of the country, where we also operate a mining farm, the conditions are comparable to those in Iceland,” he said. 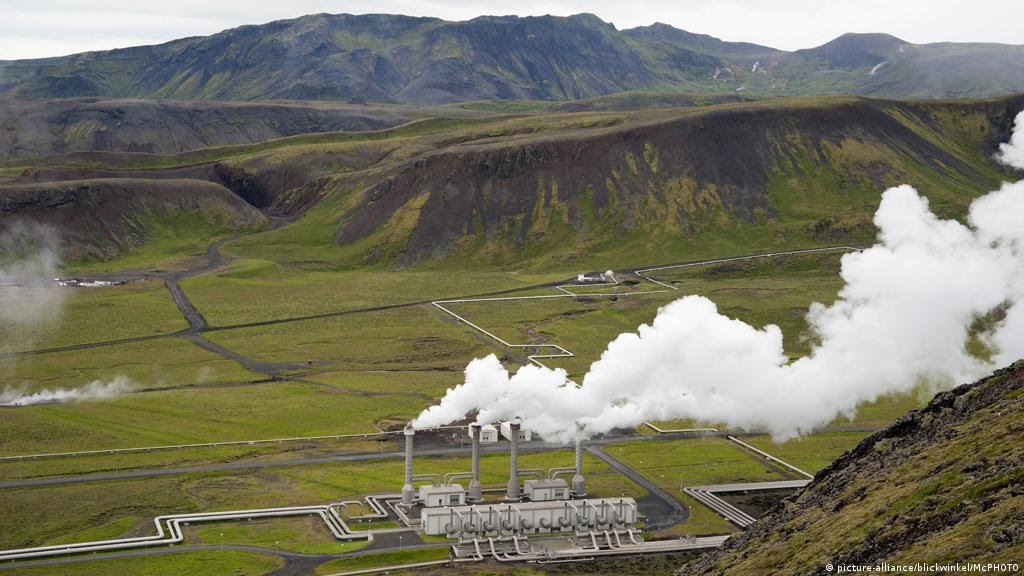 Is Scandinavia in for the same fate?

Renewable energy is available in such large quantities in Scandinavia that some countries hardly know what to do with it. “The Nordic region has for the front year an expected oversupply of power of nearly 30 terawatt-hours a year under average weather conditions,” Olav Johan Botnen, an energy analyst at Norwegian market researcher Volue Insight, told DW.

Two consortia have big plans in northern Sweden. In the small town of Boden, which is also home to the Genesis Bitcoin mine, and in the nearby port city of Lulea, two huge plants are to be built by the end of the decade.

The 15 terawatt-hours of electricity already generated annually by hydroelectric plants and the 10 terawatt-hours to be generated by Europe’s soon-to-be largest onshore wind farm are not expected to be enough to meet demand. 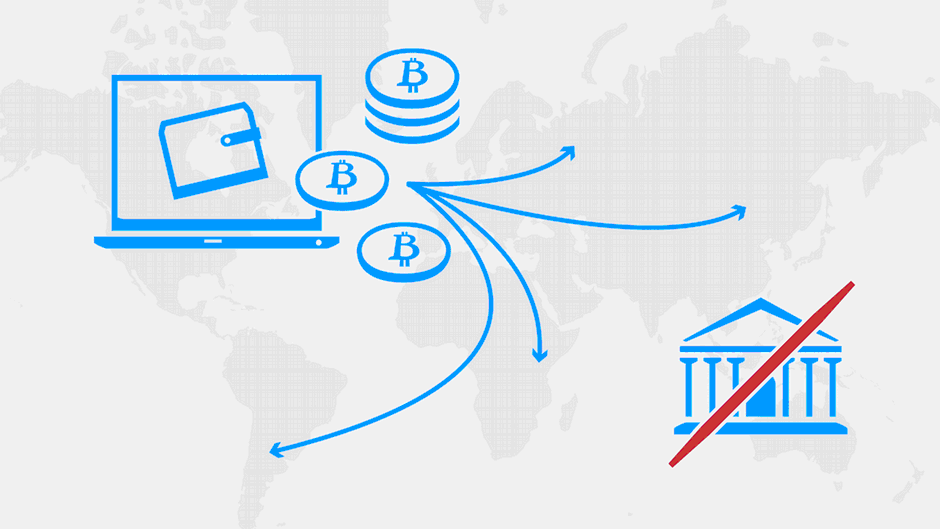 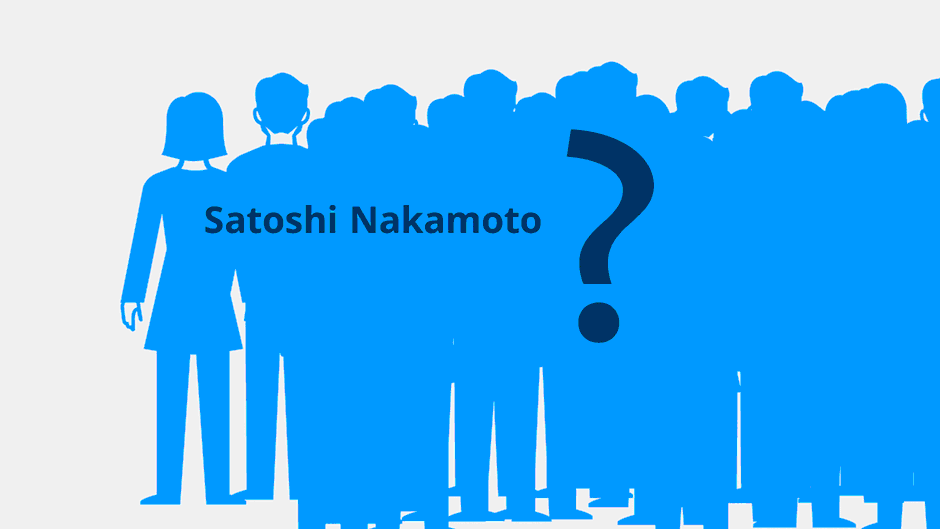 BITCOIN EXPLAINED: HOW IT WORKS AND WHAT IT IS GOOD FOR
The cryptic token

Are underwater cables a viable solution?

The Nordic countries want to further expand their renewable electricity production. But this can only be done as easily as before in northern Sweden and Finland, says Botnen. In the more densely populated south as well as in Norway and Denmark land is now scarce and therefore more expensive.

Add to this the increasing integration of the northern and central European electricity markets. Several marine cables already connect Scandinavia with the Netherlands, Poland and the UK. The NordLink cable now connects Norway with Germany, and more are planned. “The Nordic area is expected to increase to a level closer to the major European countries’ spot power prices,” said Botnen. For Scandinavians, that means prices will go up.

The energy analyst expects electricity prices to rise by around 50% over the course of a decade, to €40 to €50 per megawatt-hour on the spot markets. “I think it will be possible to sign long-term PPA contracts from onshore wind farms near €30 per megawatt-hour over the coming four years in northern Sweden for any new industries, also Bitcoin miners,” according to Botnen.

Philip Salter is confident that Sweden will remain an attractive location for Bitcoin miners. Nevertheless, it is questionable to what extent the Scandinavian countries are making Bitcoin and other cryptocurrencies greener at all. The blockchain industry in all five countries together accounts for about 1% of the global hash rate, according to figures from Cambridge University.

Mining expert Salter looks at the problem from the other side. “I think our industry is actually driving the expansion of renewables. Not just in Scandinavia, but especially in developing countries.”

This is supported by the fact that wind and solar power plants are the cheapest sources of electricity that can be installed today. Some of the best locations for this are in developing countries. But the truth is that Bitcoin mining increases electricity demand. And until more renewable electricity is generated, Bitcoin and other cryptocurrencies will be run using fossil fuel energy.