“I divorced Travis because I caught him having an affair with Kim! Now he’s in love with her sister Kourtney” Travis Barker’s Ex-wife Shanna Moakler claims

Travis Barker’s ex-wife, Shanna Moakler claims, he had an affair with Kim Kardashian while they were still married and she divorced him as a result, only for him to move on and date Kim’s sister, Kourtney Kardashian.

Model, Shanna, 46, who is now dating model and actor Matthew Rondeau on and off in recent months, claimed that her marriage with Travis ended in 2008 because he “cheated” with Kim Kardashian.

Shanna said in a message which appeared to be in response to an unknown Instagram user: “I divorced Travis because I caught him having an affair with Kim! Now he’s in love with her sister…It’s all gross…I’m not the bad guy!”

Shanna started the message by sharing insight into her on-off romance with Matthew Rondeau.

The message read in full: “Matthew has been my rock he truly has changed and has been amazing.. When we went life trip other night we were joking but lots of inside jokes I don’t think translated.

“I left Travis because he was emotionally abusive, I left the money snd mansions for a reason… family is all that matters but I can’t compete with kids whose father doesn’t encourage relationships with their own mother and purposely tries to alienate them away..

“Travis controls Bamas [their daughter] social media… however I get blamed for her sexualition! How does a father allow her to act like that and do lives at 4am? With Men twice her age..”

Going on to claim Travis “cheated” with Kim, she added: “I’ve been legally bullied out… I’m fed up and I’m Exhausted.. Social media and the media isn’t real… I divorced Travis because I caught him having an affair with Kim! Now he’s in love with her sister.. It’s all gross… I’m not the bad guy!” 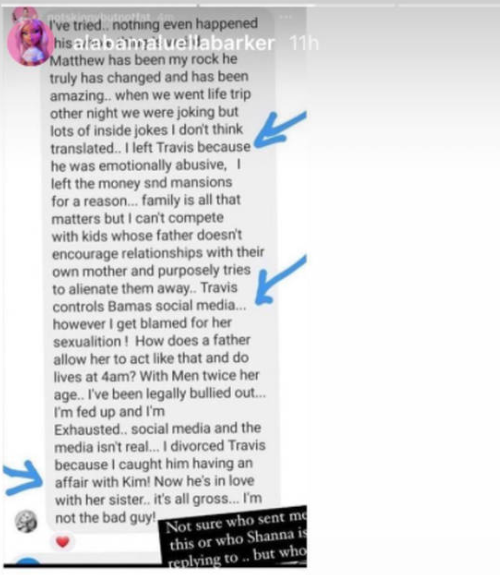 A screenshot of the message was shared on social media by Travis and Shanna’s daughter, Alabama. Alabama then called her mother out for the claim and accused her of being an absentee mum. 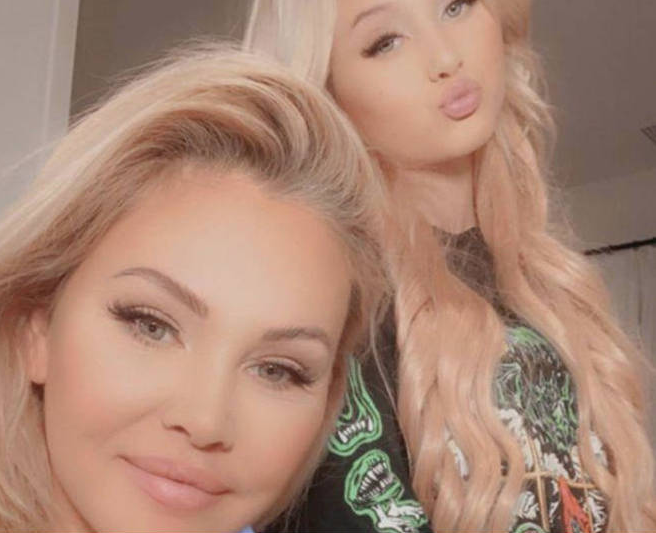 Alabama wrote: “Everybody thinks my mother is amazing, Matthew is nothing but awful to her not only that but he cheats on her. My mom has never completely been in my life, can you guys stop painting her out to be an amazing mom.

“Did your mom ask to see you on Mother’s Day cause mine didn’t. I’m done keeping it a secret, reality shows.” 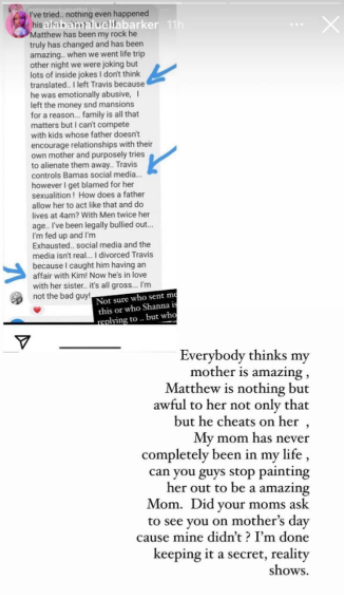