Close
Ask a Question
Home/ Questions/Q 1704
Next
In Process

A family in the UK has been left heartbroken after their 16-month-old cocker spaniel, Oscar, reportedly swallowed a discarded COVID-19 face mask and died.

Oscar’s owner Emma Paul said that during their recent daily stroll in Chester, the tragic pup ate the mask and developed sepsis after its wire perforated his intestine, according to CheshireLive.

Despite the best efforts of veterinarians, their beloved pet succumbed to the infection.

“He had been his perky and bouncy self the previous day having had his normal two-times-a-day walk over the weekend and racing after tennis balls in the garden whilst the boys played cricket,” she told CheshireLive.

“He became a little subdued and off his food, which was really unusual, but it was on the following morning when we came downstairs that he was obviously not at all himself and did not make any motion to move,” she said. 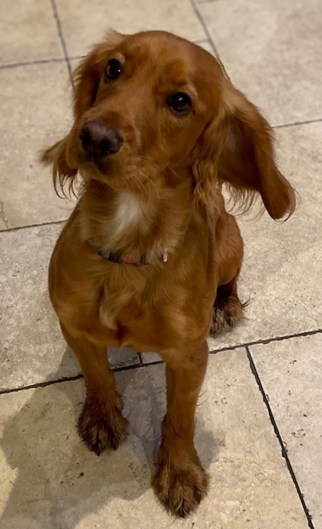 Oscar passed away despite the best efforts of vets.MEN Media

“We rang the vets straightaway and they ran some blood and other tests as they first believed it might have been some sort of toxin poisoning. He was put on drips and closely monitored,” Paul continued.

“Our vet recommended he be taken to the specialist vet hospital at Chester Gates later that afternoon for overnight care. Further investigations took place and he had a blood transfusion,” she said.

“They undertook an X-ray and also discovered he had sepsis by Tuesday afternoon, so operating was the only thing they could do at that point, but they soon realized, once they’d opened him up, that the damage to his intestine was just too great for him to survive as a wire had perforated into his intestine,” the distraught woman said.

“The vets confirmed that the wire was from a face mask that he’d eaten at some point over the weekend whilst out walking,” Paul added.

Paul said she and her family are “very upset” over Oscar’s “needless death.”

“We walk him along Duke’s Drive every day and down towards the River Dee at weekends and there’s always a lot of litter. My husband regularly picks litter up when doing the morning walk,” she told the outlet.

“It was clearly not at all intentional, but it’s just so sad that it was a face mask that has caused this to happen,” she said.

The grieving family has put up notices at their local park warning people about the dangers of littering, the UK’s Metro reported.

Written from the late pooch’s perspective, the notice reads: “I was very playful, adventurous, incredibly loyal, loving and happy. I loved swimming and ball games but I do admit to being a little bit greedy and I loved sniffing everywhere.

“I came here every day to play but last weekend I found and ate a facemask…big mistake!” it continues. “Despite their best efforts they were unable to save me and I died. So, unlike you, I will not be around any longer to play here in the woods or down by the river and my family are all really sad.”

Sign up to pingofive.com to earn extra $80 every week for reading news and commenting on post. You accumulate points based on your activities, when you reach 5000 point you get paid via bitcoin or PayPal or direct transfer to your bank account.