Update: Woman who murdered her housemate after she refused to have sex with her is sentenced to 23 years to life

A woman who murdered her friend and dismembered her body after she refused to have sex with her, has been jailed for life with a minimum of 23 and a half years.

Gareeca Gordon, 28, murdered Phoenix Netts, also 28, at the property where they both lived in Birmingham on April 16 last year.

Gordon, a Jamaican national stabbed Miss Netts four times, causing fatal injuries, before cutting her body into six parts with a circular saw she bought on Gumtree for £45.

Gordon admitted to killing Ms. Netts after being accused of stabbing the former student to death at the HMO property the pair shared in Lozells, West Birmingham, on 16 April.

The killer pleaded guilty to the murder a few days before she was due to stand trial.

Prosecutor Andrew Smith QC said the victim had told a friend in February that Gordon had “demanded sex with her” and became “aggressive” when she refused.

On 7 April, she texted a friend: “There’s a girl here who keeps asking me to be sexual. I think I’m going to move back to London. It’s scaring me lol.”

“The clear focus of the call was Ms Gordon describing that she liked another woman and wanting to have sex with her,” Mr Smith said.

“At one stage Ms Gordon said either that her loins were warming up or were hot.”

Ms Netts’ last-known contact was a phone call with a friend in the early hours of 16 April.

Internet searches including “how to fix punctured lung”, “internal bleeding” and “can someone recover from getting stabbed” were made on her phone between 1.04pm and 3.07pm, the court heard.

The victim had been stabbed four times in the front of her torso but according to a post-mortem she would have lived if she had got swift medical help.

Another woman living in the shared accommodation heard drilling and banging noises, as well as shouts of “help me, help me”, Mr Smith told the court.

She said Gordon had gone to ‘considerable efforts’ to dispose of the remains of Ms. Netts and to pretend she was still alive in ‘cold and calculated’ messages to her friends and family. 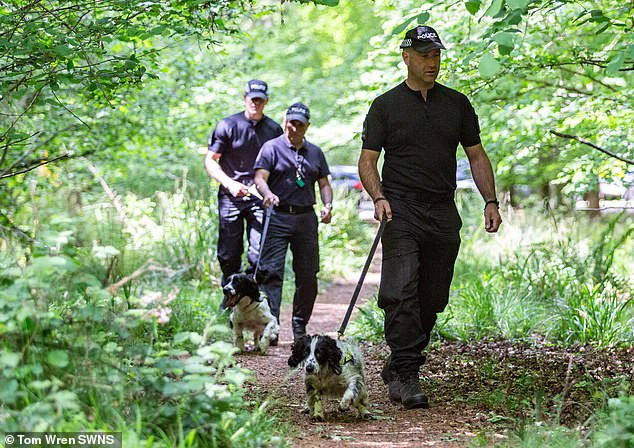 ‘You impersonated Ms Netts in a substantial number of WhatsApp messages to her mother, including requests for money,’ the judge told Gordon.

‘You impersonated her in messages. You noted expressions that Ms. Netts used by listening to audio files Ms Netts had on her phone.’

Gordon had no previous convictions, apart from two offences of shoplifting. She had been diagnosed with a personality disorder as well as post-traumatic stress disorder.

‘Her future was looking bright, shining and promising. A fresh start was ahead of her,’ the judge told Gordon

‘You robbed her of that fresh start. You took her from the supportive parents who loved and cherished her.’

Justice Cutts told Gordon that her personality disorder may explain ‘in part’ why she killed Ms Netts but it had not “distorted” reality for her at the time.

Mrs Justice Cutts said: ‘Gareeca Gordon for the murder of Phoenix Netts I sentence you to life imprisonment.

‘You will serve a minimum term of 23 years and six months. Thereafter, it will be for the parole board to decide when, if ever, you should be released.

‘If you are ever released, you will remain on licence for the rest of your life.’